Upliftv, the network that offers inspirational movies, captivating series and powerful documentaries, as well as a variety of TV ministries, announced the premiere of 8 Days Special, an impactful Upliftv original production that advocates for the many victims of sex trafficking in America, while taking an inside look at the events occurred in the hit movie 8 Days. 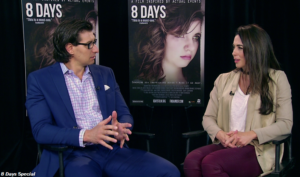 On September 4th at 8 p.m. EST, Upliftv will feature 8 Days Special, an in-depth look at the growing problem of sex trafficking in America. This special presentation will highlight the events that inspired the movie 8 Days featuring exclusive commentary from the film’s cast and crew, including director Jaco Booyens, writer Philipa A. Booyens and actresses Nicole Smolen and Katie Walker. This dramatic look at the horrors of sex trafficking aims to bring awareness about a continuous and inhumane crisis, a threat that’s commonly ignored while affecting millions of people around the world. 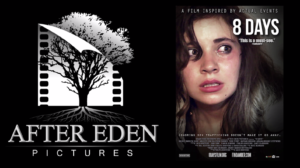 “8 Days is not just a film, but a tool to transforms lives,” stated Jaco Booyens, Director of the hit movie 8 Days. “Ignoring Sex Trafficking doesn’t make it go away; there’s no choice in the matter, you’re either for trafficking children or you’re against it, no child or person should be for sale.”

Produced by Upliftv, 8 Days Special delves into the challenges faced during the production of the film, and highlights what inspired those involved. 8 Days tells a story based on true event; in America thousands of women and children are either manipulated or kidnapped to be sold into the sex and human trafficking industries.

For more information on Upliftv’s programming, including tune in dates and times, please visit upliftv.com.

Error: Access Token is not valid or has expired. Feed will not update.
This error message is only visible to WordPress admins